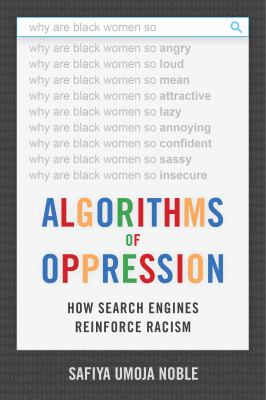 Argues that the combination of private interests in promoting certain sites, along with the monopoly status of a relatively small number of Internet search engines, leads to a biased set of search algorithms that privilege whiteness and discriminate against people of color, especially women of color. 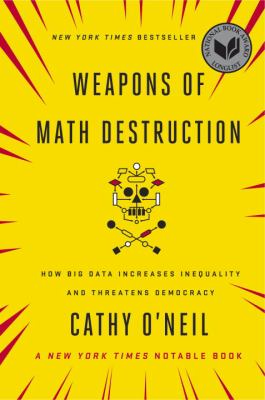 We use one of the standard systems for organizing materials in a library, the Dewey Decimal System. This system helps us keep materials organized in a way that you can locate them easily. However, the system is flawed both in its organization and its historical context.

For more information on the history of the system, its creator, and controversies, listen to this podcast from Second Look.

Who manages and revises the numbering system, and when are new numbers or categories added?

The DDC System is continually managed and revised by OCLC, a nonprofit information organization. OCLC hires editors to manage the system. New numbers or categories are added by editors after 20 books have been published on a new topic. The threshold of 20 publications on a topic helps to eliminate personal bias on the editors and the company but can be a means of perpetuating cultural bias. Not all knowledge is disseminated in formally published works, somewhat limiting the speed of availability of certain topics.

Why does Christianity fill numbers 220-289, and all other religions are put together in the 290s?

The original DDC was created through a Western, White, male perspective that prioritized Christianity over others. Some libraries have revised their local collections to better distribute the range of world religions across the 200 range. The numbers assigned to topics related to Christianity also relate to the number of published works on the topic. In general, more books on Christianity have been published and collected by librarians than other religions; a scholarship and publishing cultural bias that in turn has affected the DDC.

Why are some topics classified under "Myths" and some as "Religion"?

The distinction is generally made based on the presentation of the material, not necessarily the specific topic. OCLC offers an explanation on their blog. Witchcraft and Wicca in particular are highly debated topics in classification in the DDC.

What does the DDC do about outdated and offensive terms?

OCLC tries to remove clearly offensive terms from the system and replace them with more current, sensitive, and internationally accepted terms.