Alberta Hirshheimer Burke 1907-1975
In 1928, Alberta Hirshheimer of La Crosse, Wisconsin, earned a B.A. degree in English from Goucher College.  She then attended the University of Washington earning an M.A. degree in English Literature.  In December 1930, Alberta returned to Baltimore to marry Henry Burke, the founder of a local accounting and law firm.
Alberta and Henry Burke shared many literary, artistic, and cultural interests. They traveled widely, and wherever they went, they read and collected books, especially those relating to Jane Austen and to late eighteenth and early nineteenth-century literature and society. 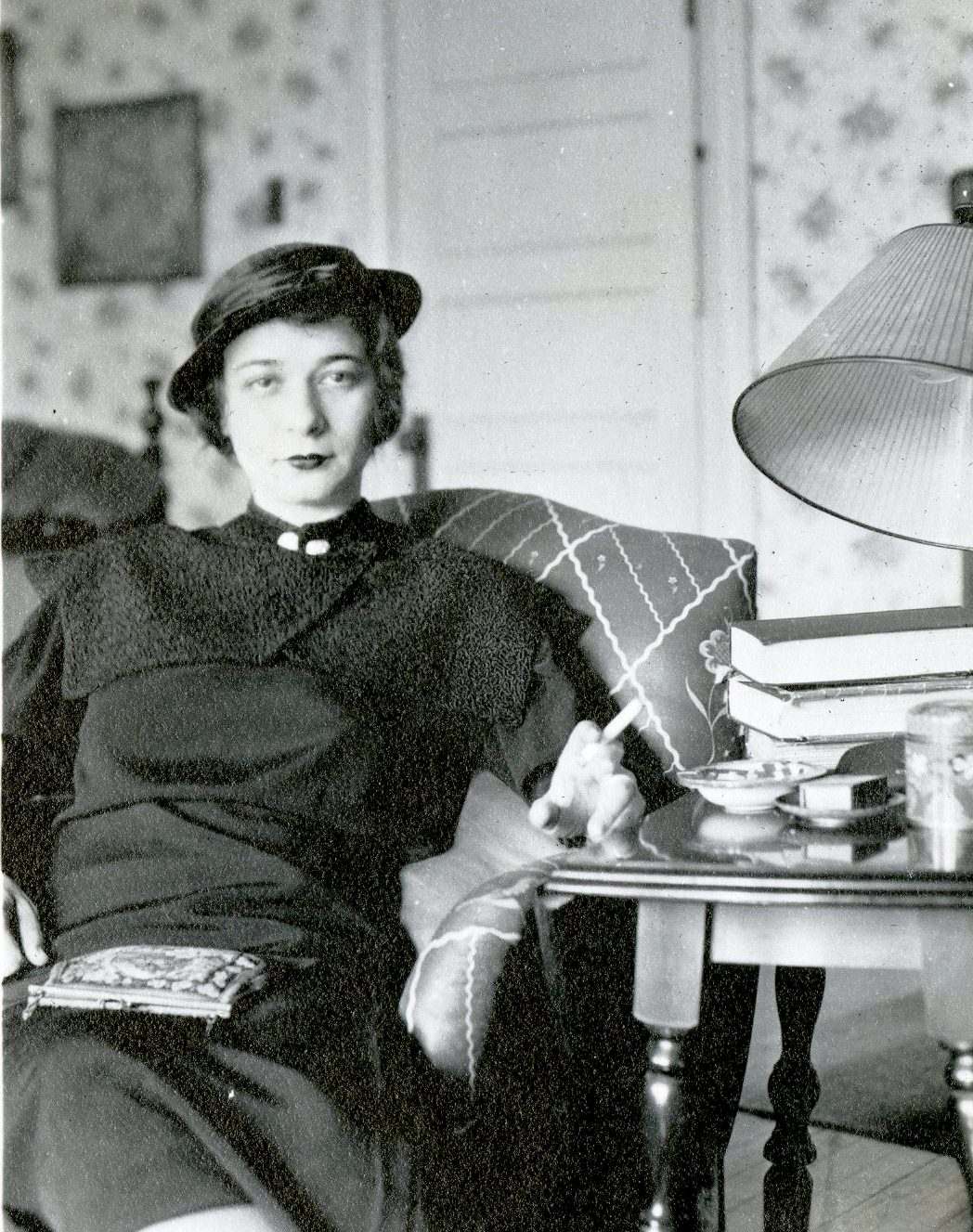 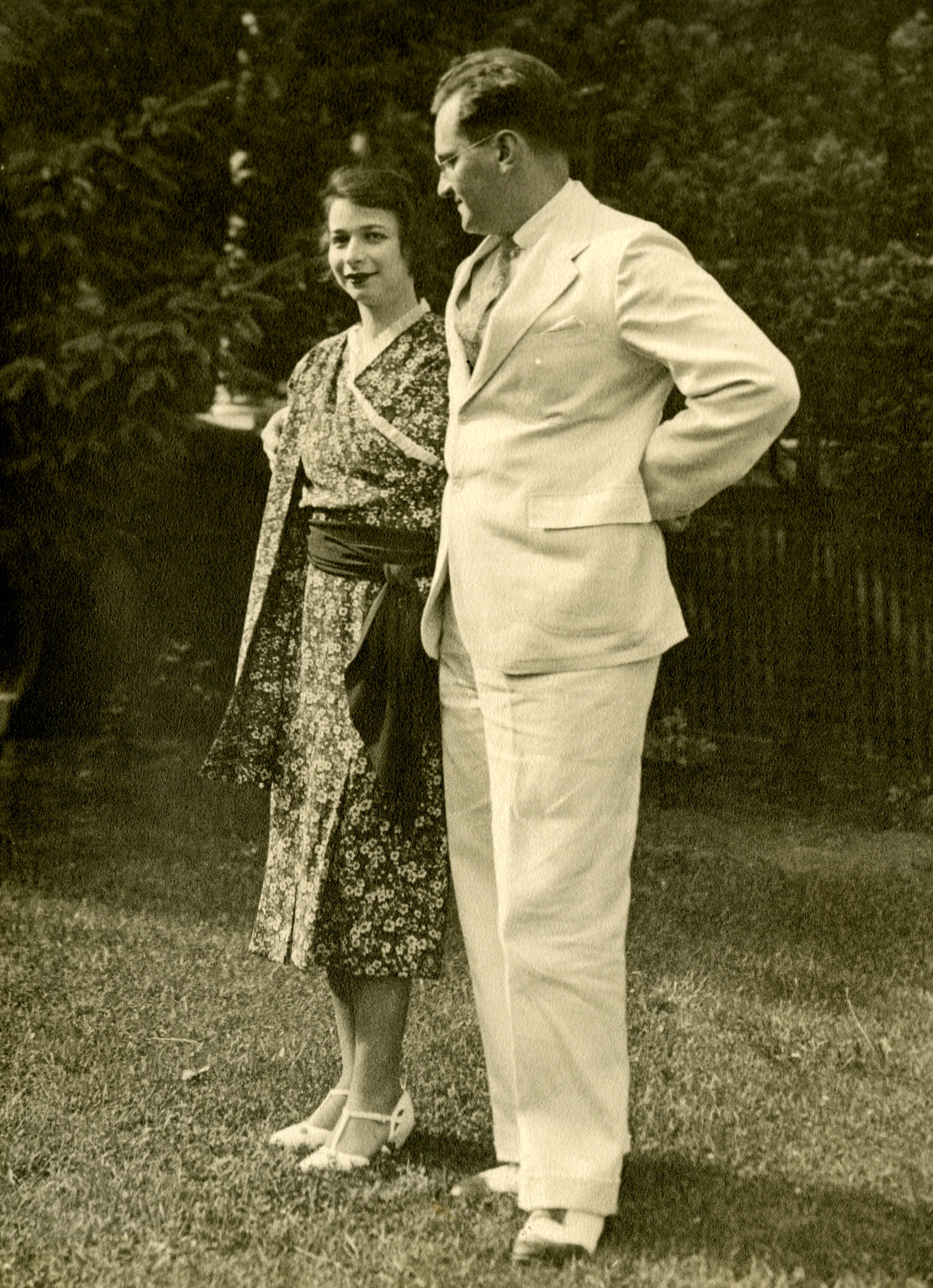 In Baltimore and New York, as well as in England, Henry and Alberta Burke were well known for their involvement in cultural projects and for their generosity. The Burkes joined the fledgling Jane Austen Society in the late 1940's, and they attended meetings in England whenever possible. On view at Chawton Cottage are many of their gifts, including one of the most evocative items in the house: a lock of Jane Austen's hair, which was presented to the Jane Austen Society by Mrs. Burke in 1949. 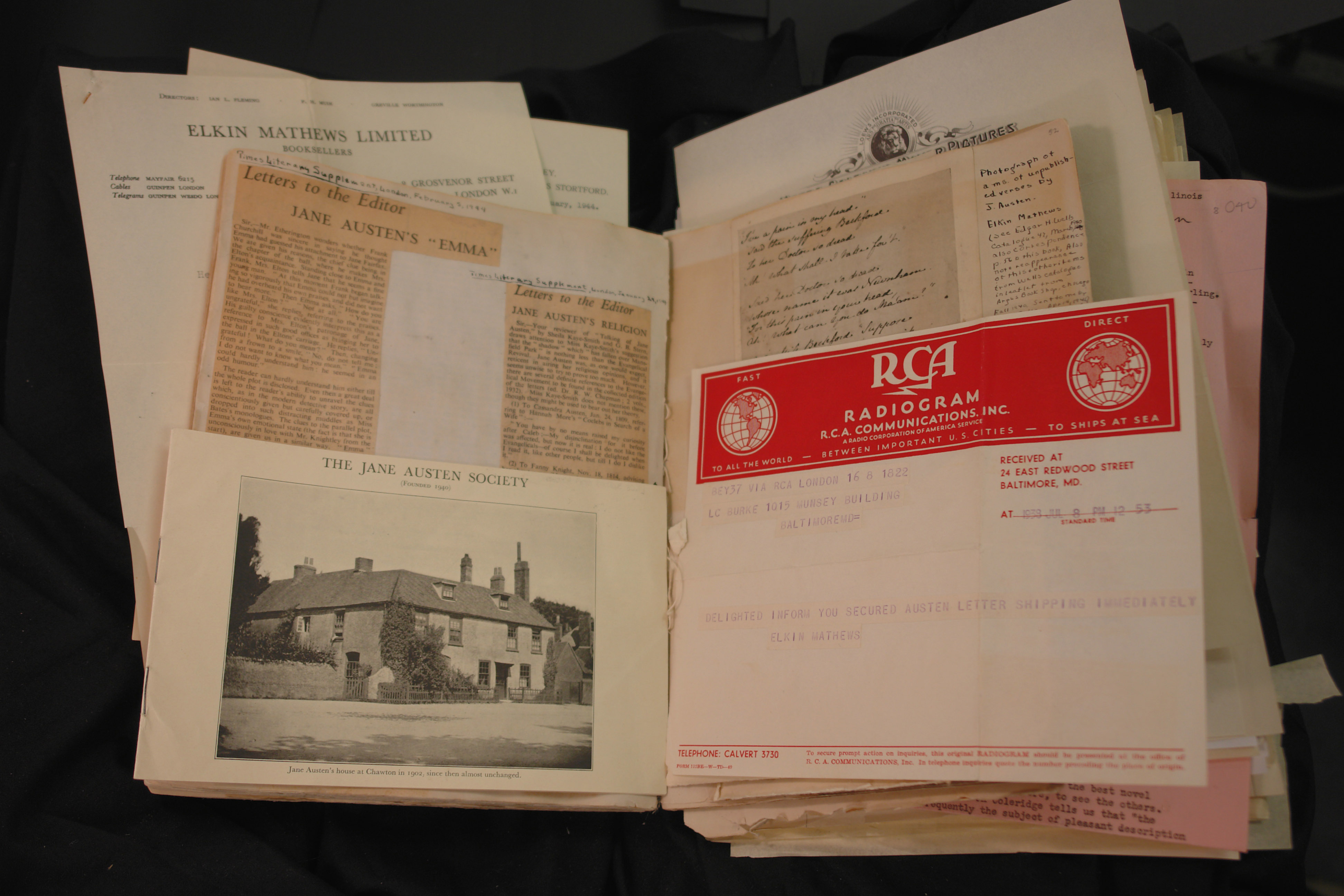 A Lifetime of Collecting
Alberta Burke followed the market on Jane Austen materials and became adept at tracking down leads on letters, manuscripts, and rare editions. Her purchases were made judiciously, as can be attested by her meticulously detailed notebooks now part of her personal papers. Over the years, the Burkes built an impressive personal library of books, manuscripts, research materials, and Austeniania. 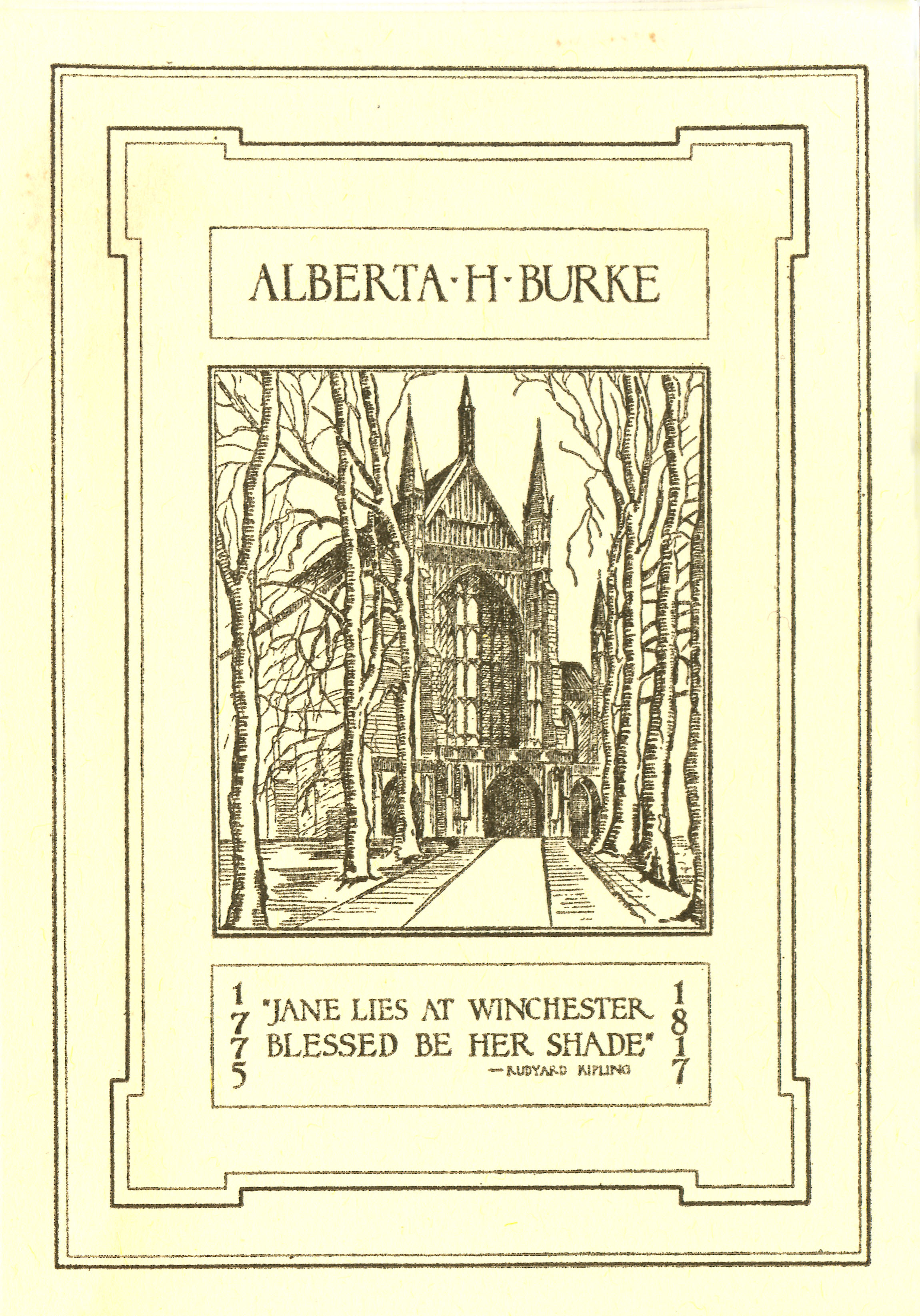 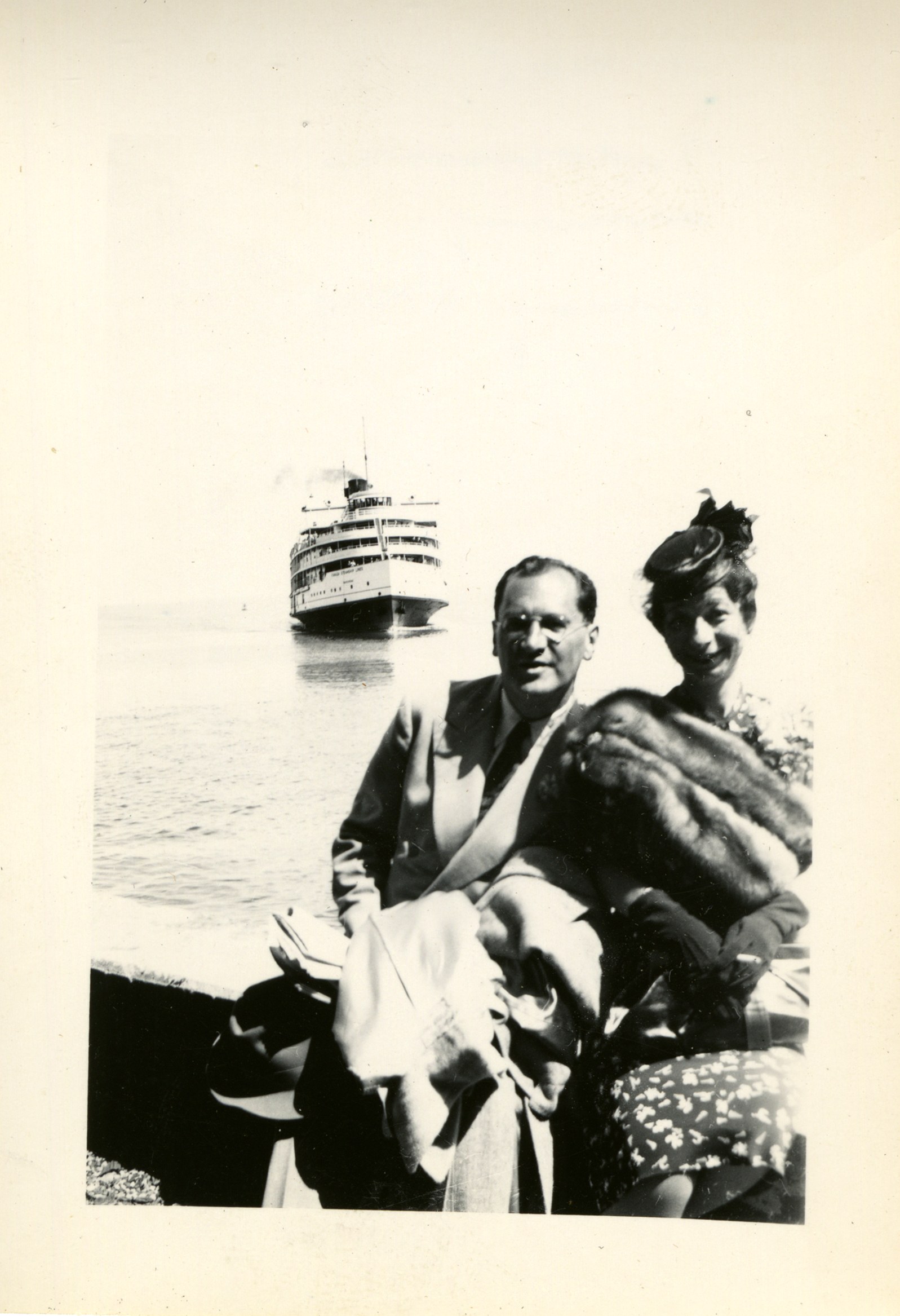 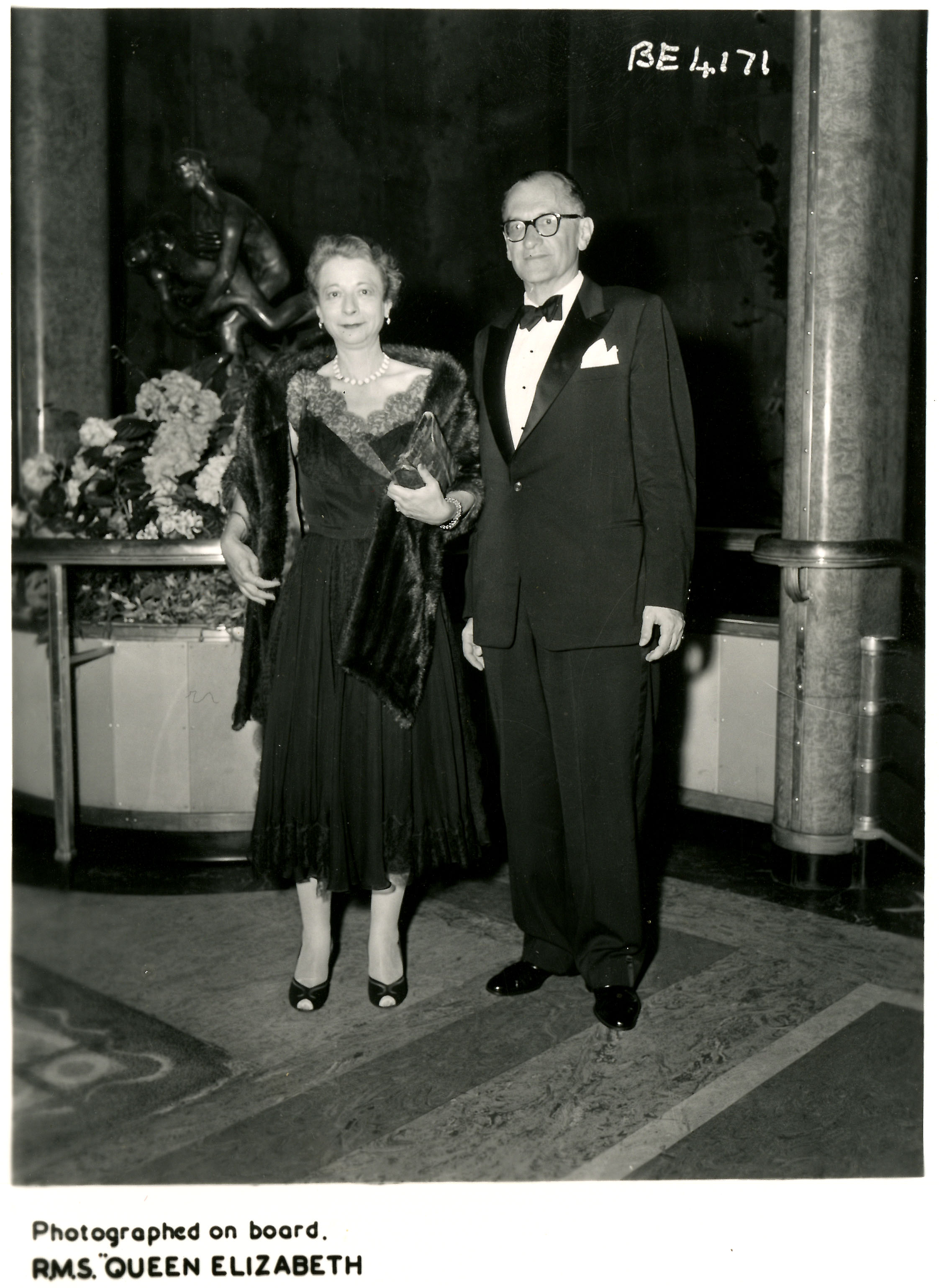 The Burkes aboard the RMS Queen Elizabeth 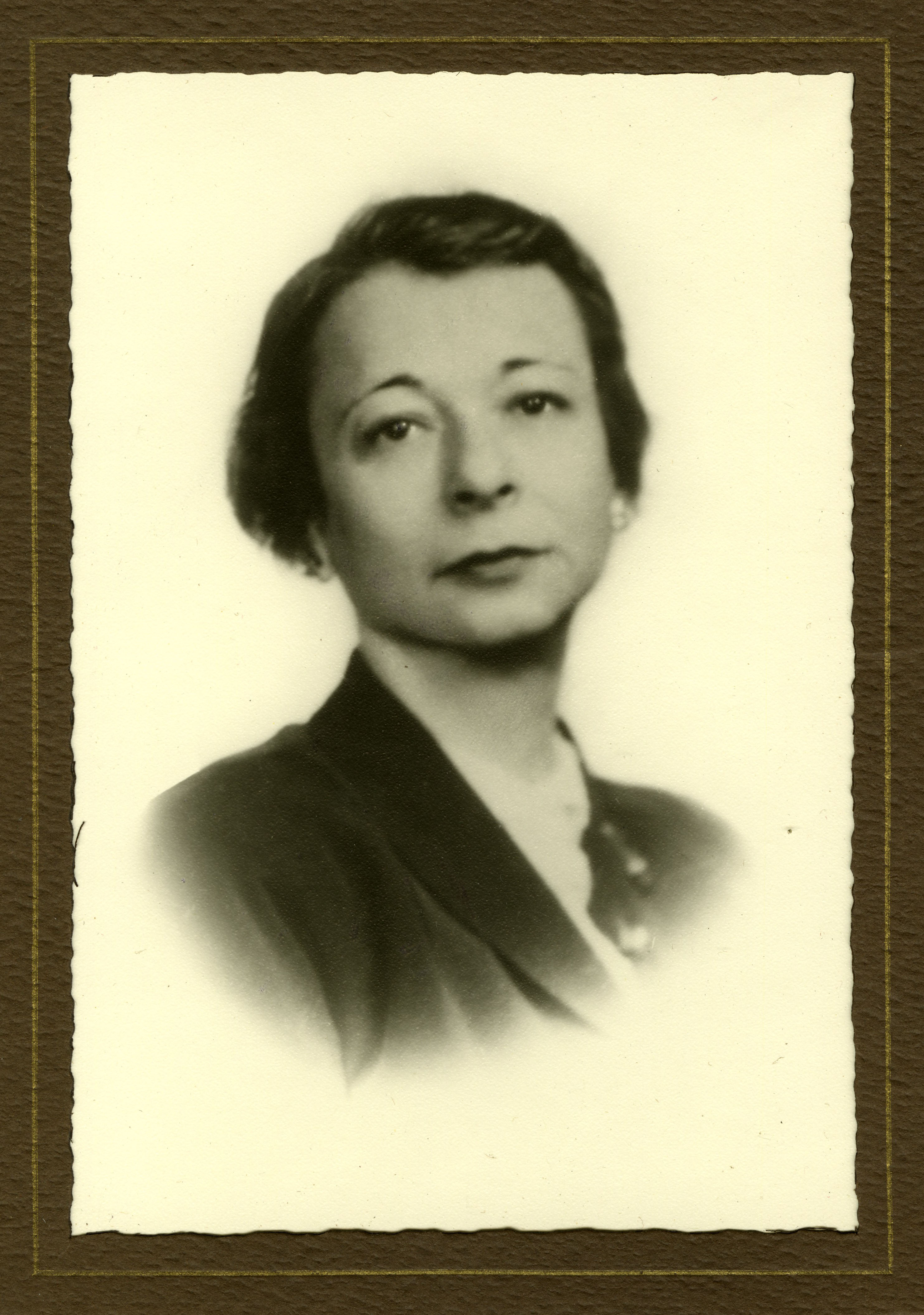 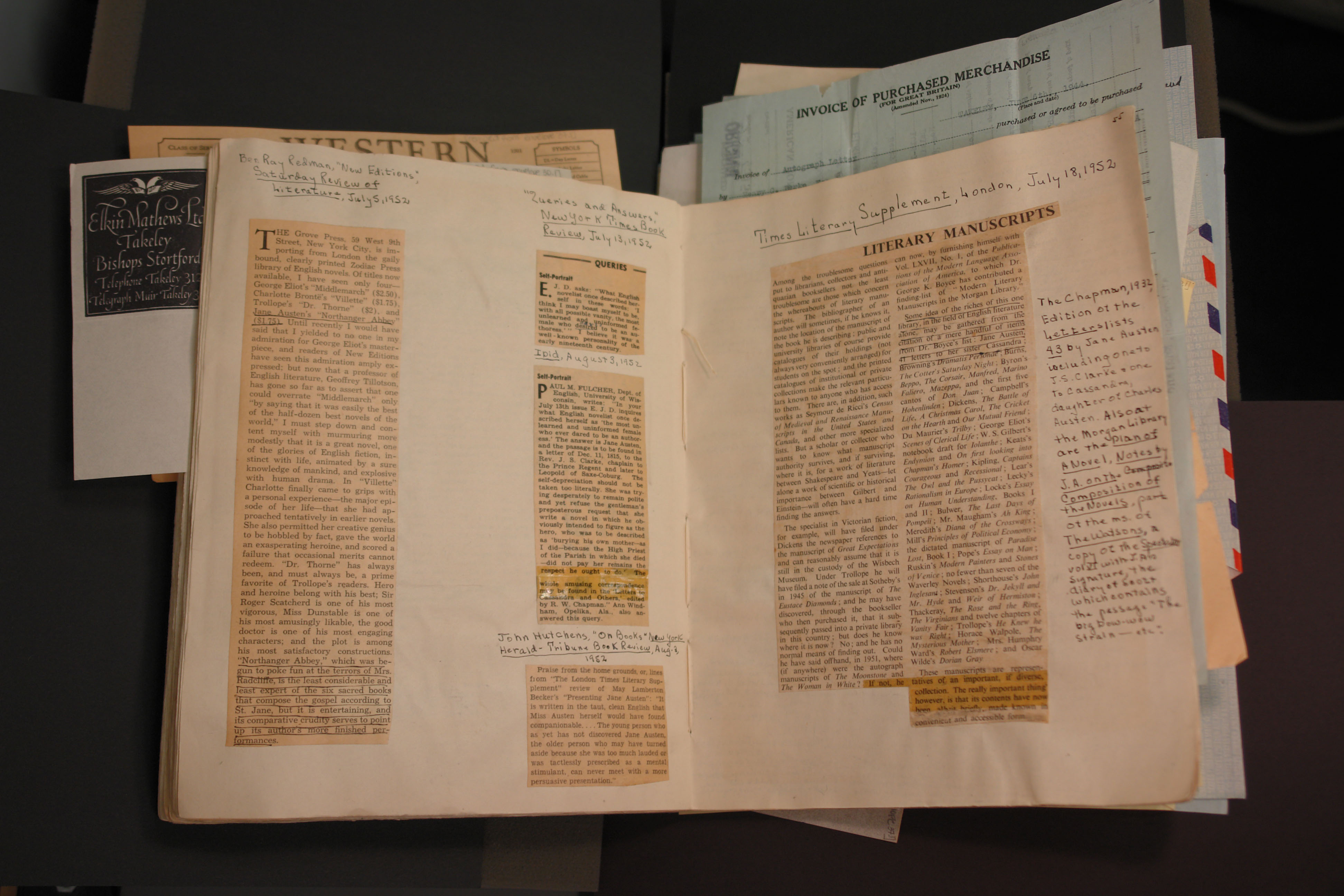 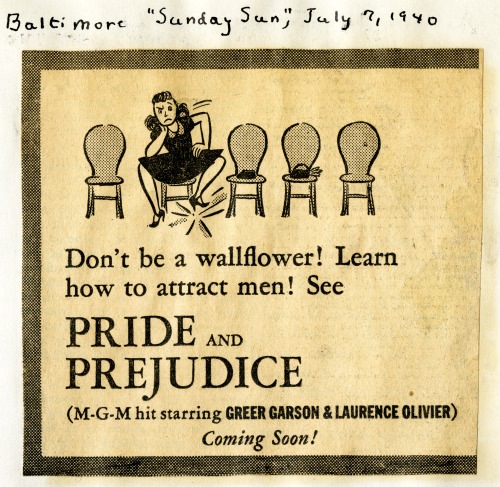 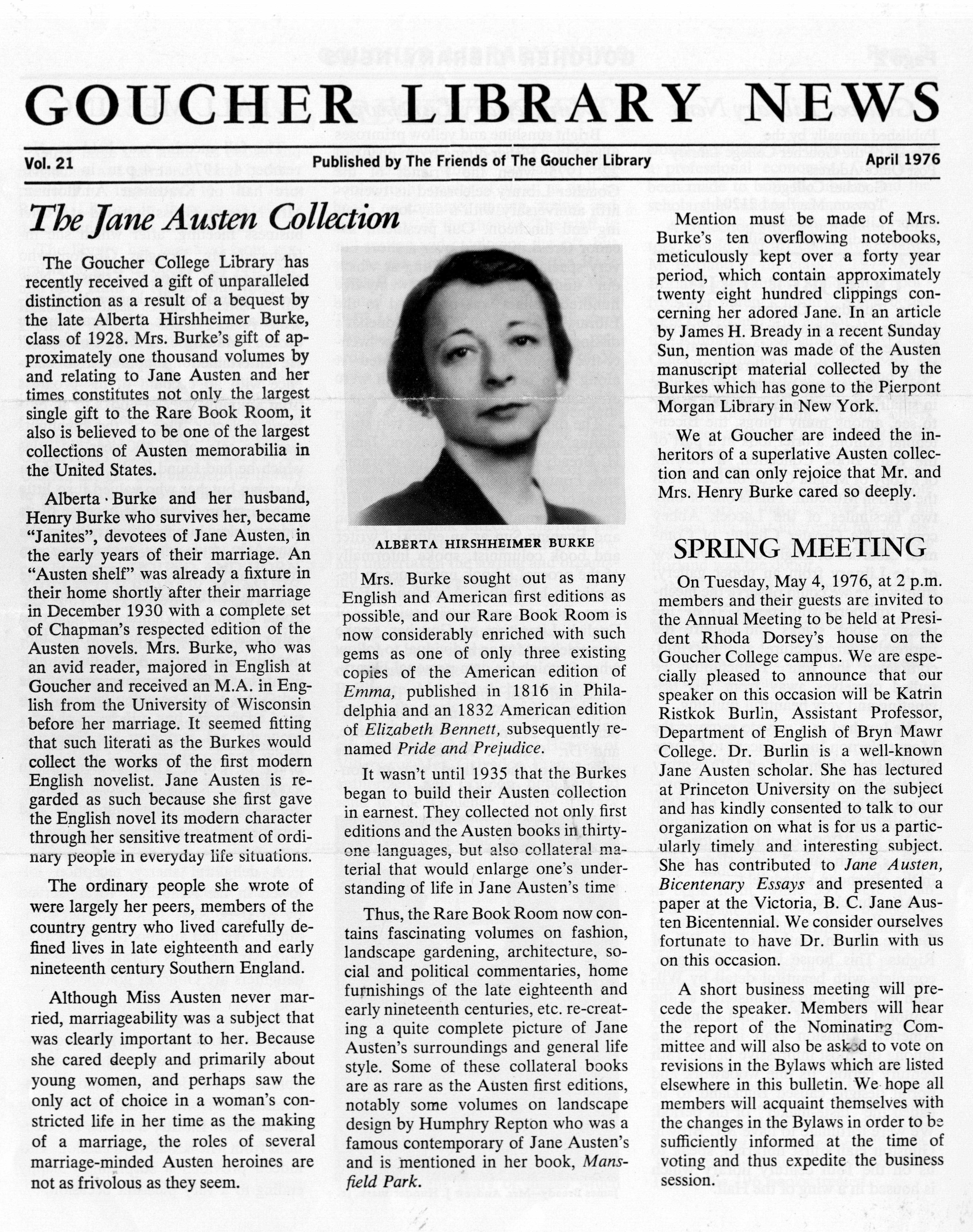 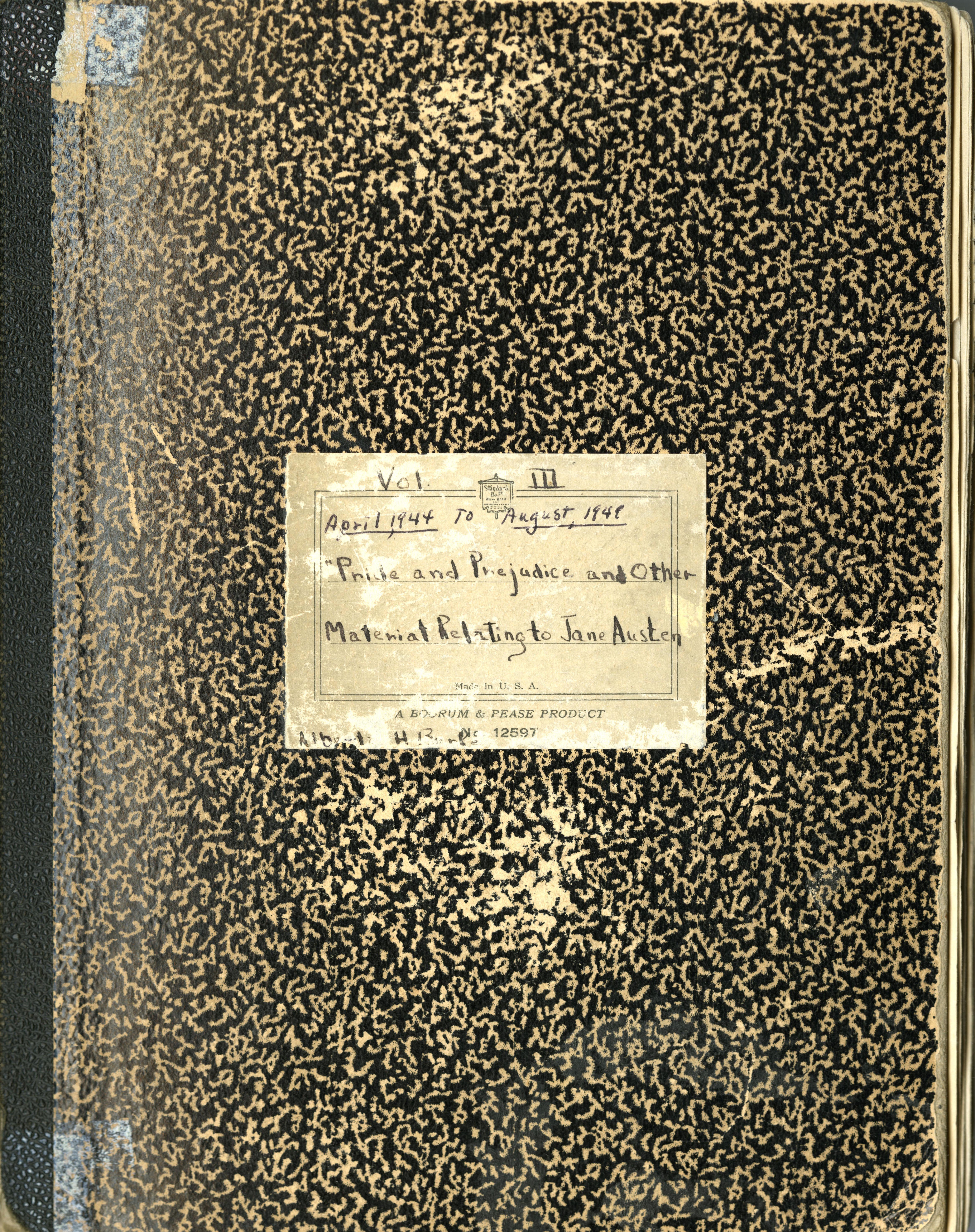 Cover of one of Alberta Burke's Jane Austen notebook

♦  1975    Alberta Burke dies, and the bulk of her Jane Austen Collection comes to Goucher College–everything except a few letters and manuscripts, which went to the Pierpont Morgan Library.

♦  1979   Henry Burke, together with Joan Austen-Leigh and J. David Grey, establishes the Jane Austen Society of North America (JASNA).  Goucher College is the official repository of the records of JASNA.

♦  Along with the Burke's book collections, Goucher College has the personal papers of Alberta and Henry Burke that provide valuable accounts of how the Burkes were able to trace and purchase the letters and other valuable material relating to Jane Austen.